How can regenerative medicine be used to treat back pain?

One of the most important causes of back pain is degenerative disc disease. The discs in our spine act as shock absorbing cushions between the bones of our spine. As we age, these cushions get worn down from years of continual stress and pressure placed on our backs. When our discs begin to give out due to normal wear and tear (AKA degenerative disc disease), we begin to start feeling discomfort and pain in our backs. It is an unfortunate, yet somewhat inevitable series of events.

Treatment options aimed at reducing pain caused by degenerative disc disease have traditionally been limited. Most patients start with conservative treatment options, such as bed rest, Advil (or other NSAIDs), or epidural steroid injections. Although these treatments improvement pain initially, they typically only offer temporary improvement for degenerative disc disease. While these treatments decrease inflammation and pain, they do not address the underlining cause.

If the pain is severe, or debilitating, then surgery would be appropriate. However, surgery is not without limitations. Surgery can sometimes be invasive requiring a lengthy recovery.  There are expenses associated with lost wages. 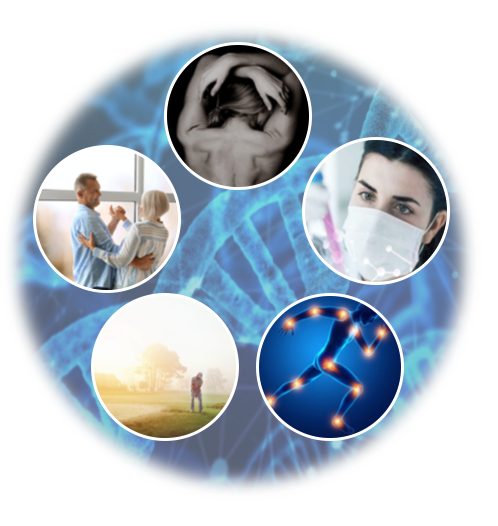 Is regenerative medicine really that effective?

As the field of regenerative medicine picks up steam, so does the evidence supporting its efficacy. Let us highlight some of the most promising clinical outcomes reported to date:

One study demonstrated how the use of stem cell injections allowed patients to forego surgery altogether for ailments that are normally addressed surgically. Additionally, patients received significant improvement of symptoms in just 3 months! Best of all perhaps, not a single patient reported complications with the therapy.

You may be thinking to yourself, deservedly so, maybe patients feel better after 3 months, but who’s to say that the pain doesn’t come running back after that? That’s a fair question. In fact, another set of researchers set out to answer that exact inquiry. They found that patients reported significant improvement in their symptoms 3 years after they received injections!

Furthermore, another study focused on the intervertebral discs themselves. Much like the previous studies, these researchers showed that patients had improved symptoms after therapy. More importantly, however, they saw that the discs themselves seem to be healing, further proving that regenerative medicine is not temporary fix but rather a potential cure.

Last, but certainly not least, there is evidence to suggest that even if you have already had surgery, you may still benefit from regenerative medicine. As stated earlier, spinal surgeries are often accompanied by other, unforeseen, long-term consequences like pain and less flexibility. One study showed that patients who had previously received a spinal fusion of their disc degeneration had more hydrated discs after regenerative medicine intervention. Even more importantly, they reported an 18% improvement on their symptoms!

At Tampa Back Institute we are devoted to providing our patients the very best treatment options possible. This is why we proudly offer state-of-the-art regenerative medicine for patients who qualify. If you think you might benefit from these treatment options, please do not hesitate to reach out!